IN THE UNITED STATES 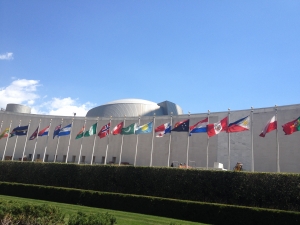 At the invitation and under the patronage of His Excellency François Delattre, Permanent Representative of France to the United Nations, and Former Prime Minister Alain Juppé, Mayor of Bordeaux, the American Friends of Cité des Civilisations du Vin will host a very private reception for the Secretary General and the Ambassadors of the 193 countries members of the United Nations.
Members of the AFCCV Board were also in attendance.

MAIN EVENT: WINES AND FOODS OF THE WORLD EXTRAVAGANZA AT THE UNITED NATIONS

At the invitation of His Excellency François Delattre, Permanent Representative of France at the United Nations, in the presence of Former Prime Minister Alain Juppé, Mayor of Bordeaux, George Sape President, and Robert Wilmers Chairman of the Board of the American Friends of Cité des Civilisations du Vin, and Sylvie Cazes, President of the Cité des Civilisations du Vin hosted a Wines & Civilizations Tasting Extravaganza in the United Nations Delegates Dining Room.

This Wines & Civilizations Tasting Extravaganza was organized in a non formal but elegant setting, allowing guests to mingle and enjoy many different experiences and surprises from Europe, Africa, Asia, America or the Middle East throughout the evening. An exclusive and unique assortment of delicious international foods was prepared specially for our guests by some of the world’s most respected chefs. 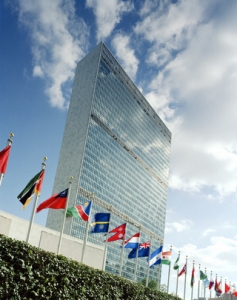